How to take Online or Uwayis Bayah, Uwayis in the Sufi context, this means long distance or Spiritual Oath of Allegiance. A Simple example today that most people can understand is Wi-fi connection. So See Uwayis Bay'ah which means a non Physical Bay'ah or connection, like a Sufi Wi-fi long distance connect.
Please very carefully before Joining Tariqah Qadiri Dastagir 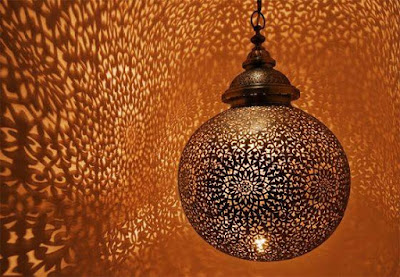 Show (Shukr Gratefulness) and Support and take part in Monthly Ghyaarvi Shareef (Honourable 11th). Giving Sadaqah in the Honour of Shaykh Abdal Qadir Jilani Qaddas Allahu Sirru to the Poor.
Donate £11 or what you can given month via this PayPal Link
Tick box (Make this a Monthly Donation)
'Sadaqah relieves the Lord’s anger and averts an evil death.' (Tirmidhi)
'Give Sadaqah without delay, for it stands in the way of problems/ calamities.'(Tirmidhi)
Tariqah Qadiri Dastagir:
Tariqah of Direct Bay'ah with Shaykh Abdal Qadiri Jilani qaddas Allahu sirru and Direct Bay'ah with Shaykh Ahmad Rifai qaddas Allahu sirru and Support from Rijal al-Ghayb
If you don't have a Shaykh/Pir in Bay'ah or they have passed away, and you would like to take Bay'ah and learn from Tariqah Qadiri Dastagir Contact:
Haqqdastagir@gmail.com
and Join our Public Facebook Group link below and send a message.
Public Tariqah Qadiri Dastagir
Lovers of Ghawth al-Azam following his Powerful Awrad, Salawats and Protection Hisaars.
Steps to Tazkiyah-(Purification) of the Soul-(Nafs) by Sajad Ali (Note: this is written in a comprehensive abridged description, there is much more in detail that needs to be said for full understanding and guidance) Bismillahir-Rahmanir-Rahim. Alhamdulillahi rabbil-'alamin was-Salatu was-Salam 'ala Sayyidil-Mursalin wa 'ala 'Alihi wa Sahbihi Ajma'in.

*Step - 1 Those who are serious with Sufism first need take the 1st Step which is Tawab-(Repentance) and Last step Tawab-(Repentance), they need to recite "Astaghfirullah Ya Karim" - 1000 to 10'000 times a day - (I seek forgiveness from Allah oh Generous).

Take the first step to start the journey of Tawab-(Repentance) which is the journey home to Allah, to ones inner secret, found within the heart, and to increase ones, Rizq-(Provision) increase and know 'ilm-(knowledge) is Rizq-(Provision) too. And the heart is given Nur-(Light), this is the first step and last step to Allah, Dhikrullah-(Remembrance of Allah) is Nur-(Light), you need Nur-(Light), to see in the darkness, it opens the doors to the unseen world within you that is only by the veils of darkness of the Nafs-(Ego).

If you read "Astaghfirullah Ya Karim - 10'000 times a day for 40 days or longer in time your soul will slowly be full of Nur-(Light) and sins, like Ghiyba-(backbiting), Ghill-(Holding Grudges), Ghada-(Anger) or Swearing that are holding you back and tie you down are soon made easy to release from there attachments as they destroy blessing to the Ruh-(Soul). Kadhdhab-(lying) kills the Ruh-(Soul) and (blackens ones Face and Heart) and other sins cause pain to your heart. “Each time someone lies a black spot appears on his heart until his whole heart becomes black and he is written with Allah as a Kadhdhab a liar" Hadith.

The Nur-(Light) of "Astaghfirullah Ya Karim - 10'000 times a day will soon cause affects to your Ruh-(Soul). You will know when, you will feel pain in your heart from those and other sins done. Why? The Nur-(Light) of Dhikrullah-(Remembrance of Allah) starts wiping away Sins which cause darkness to the Heart, you will know as Nur-(Light) enters your heart by the grace of Allah, you will feel its affects are taken place. Because soon you feel the pain of those sins, tears flow down, you're forced to stop or lessen them or you become more aware of your conscious-(your feelings) and subconscious- (ego nafs) become aware of them and your soul makes or draws you to read Astaghfirullah even more.

*Step - 3 Learning Fardh al 'ayn, and learning about Halal and Haram in food; basics of Fardh of Worship how to pray and fasting and what makes them invalid, pray extra Nafil like Salah Duha, the 6 Nafil after of Maghrib, Salah Tawab, Salah Tahajjud. Why is its Important to learning about Halal food, because eating Haram stops blessings in your ibadah-(Worship) for 40 days and Haram food force and increases Haraam thoughts and actions which will lead to Sins.

*Step - 4 Important - Judge No one, find no faults with others, always be in a state of Husn-al Dhann-(Having a Good opinion or others) and learn Adaab-(Manners) and learn Akhlaq-(Behaviour or Character) as Adab is a part of Akhlaq. Busy yourself with Muhasbah-(Self Auditing or Accounting your own soul with mistakes and slips and sins NOT other people).

Be busy with serving others, this is Khidma-(Service others) through Charity works, or Naseeha-(Good Kind counselling) and never, ever judge them or their past actions instead think them better then yourself. We all fall and slip and make mistakes and Sin. Maybe your Khidma-(service others) is your Tawab-(Repentance), maybe their Dua'-(Pray) for you, is your Tawab-(Repentance) answered.

Never be pleased with your good actions and If you think you haven't fallen into major Sins or Sins then that is Kibr-(Arrogance) and far worse then sinners. As you will be full of 'Ujb-(Pride) which is the robe of Shaytan and be was full of knowledge too, instead be humble always and never be pleased with your good actions. But show Shukr-(Gratitude) that is be thankful, that Allah has allowed you to be in obedient to Him or brings you back to obedience when you sin, thus show Show Shukr-(Gratitude) and be humble.

By improving one's Akhlaq-(Behaviour or Character) one improve's their 'Ibadah-(Worship). The masters of 'ilm and hadith has said ‘We are more in need of acquiring 'Adab-(Manners) than learning Hadith’. So learn that lesson. All the books of Hadith have chapters on 'Adab and the book Al Adab Al Mufrad was separated by Imam Bukhari which is about learning 'Adab-(Manners.

Finally this last point, imprint this Hadith firmly on your mind and soul;
“I have not been sent as a Messenger, except to perfect character (Akhlaaq)” He also said that: “The nearest of you to me on the Day of Judgement will be the one who is best in character.” (Bukhari)

The loss of adab leads to self-deception & illusion. You think you are near but you are very far away. Adab is the key that removes our illusion through Sidq (Truthfulness) & Ikhlaas (Sincerity). Being deprived of adab deprives one of all good.”  Dr. Umar Faruq Abd-Allah

Some will say, go look for a Sufi master 1st, but near the near of time, most of the real ones will be hidden and the ones that are around many of them won’t teach or explain how to progression properly. That why the Great Sufi Shadhili Masters have said; "Those who don't have a Sufi Master can have Dalal'il Khayrat or Salawat to guide them"

Recently i’ve understood more of what the Shadhili masters meant by taking Salawat as a Hadi-Guide. As Salawat is the key that removes the Veils from the heart, so one sees with the inner of the Unseen-(Ghayb) World.

Salawat removes the darkness by its Light of Salawat so one sees with the Eyes of the Heart-Faw’ad. This is another Subject i’m currently learning and writing about, it is the World of the Huzuri or Hudhur ones who are present and inner eyes are awaken...  more about this another time...


Uns Foundation Charity Monthly Donation Zakah/Sadaqah Link now live, help and Support
Uns Foundation Charity to create Professional (Sufi Services) for the Ummah, Insha'llah. Show your gratitude with monthly Sadaqah donations
Allah Loves more those who are thankful and give Constant a little
The Sadaqah is going to create Online Courses and Naseeha services and more)

Give Sadaqah without delay, for it stands in the way of problems/calamities."(Tirmidhi).
It says 70 problems that is one is shielded from 70 problems with just a small amount of sadaqah.

Give Sadaqah without delay, for it stands in the way of problems/calamities."(Tirmidhi).
It says 70 problems that is one is shielded from 70 problems with just a small amount of sadaqah.

When you commit a sin, ask for the barakah of it

When you commit a sin, ask for the barakah of it

The Mindfulness of the Heart | Shaykh Hamdi Ben Aissa

The Mindfulness of the Heart | Shaykh Hamdi Ben Aissa

Trust God and He will guide you - Shaykh Hamdi Ben Aissa

Trust God and He will guide you - Shaykh Hamdi Ben Aissa

How can I get closer to Allah? - Shaykh Hamdi Ben aissa

How can I get closer to Allah? - Shaykh Hamdi Ben aissa

Shaykh Hamdi's talk at the inaugural event at the Rhoda Masjid.

Allah told us to celebrate Him, not to fight with Shaytan - by Shaykh Hamdi Ben Aissa

Allah told us to celebrate Him, not to fight with Shaytan - by Shaykh Hamdi Ben Aissa. 4mins

These are my Sufic Duas which i've typed some are very rare, others are my personal duas created through Sufic formula used in Trials ...